Watch this video to learn more about the hazards of button batteries and steps towards prevention. 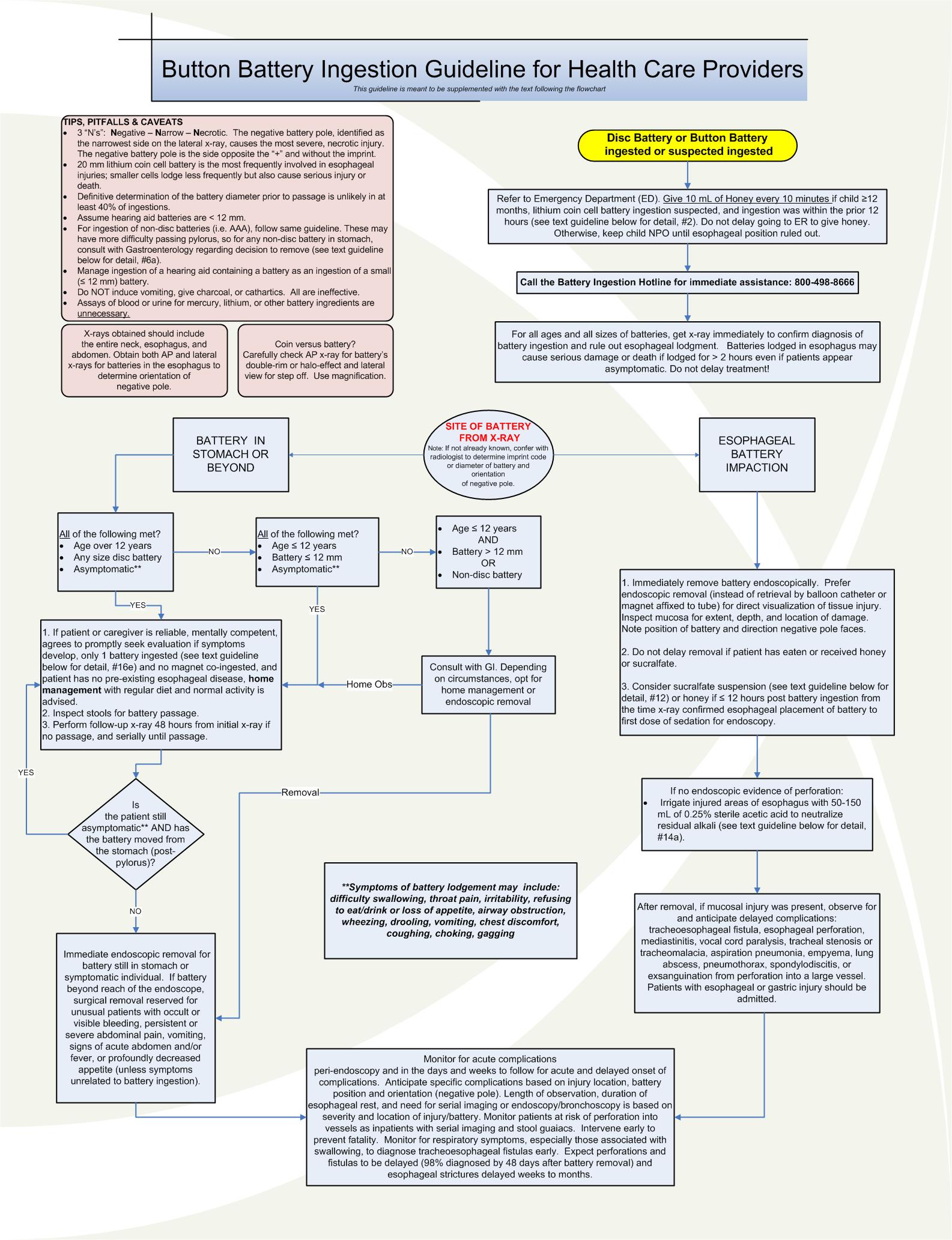 Most serious battery ingestions are not witnessed. Consider the possibility of a battery ingestion in every patient with acute airway obstruction; wheezing or other noisy breathing; drooling; vomiting; chest pain or discomfort; abdominal pain; difficulty swallowing; decreased appetite or refusal to eat; or coughing, choking or gagging with eating or drinking. Suspect a button battery ingestion in every presumed “coin” or other foreign body ingestion. Carefully observe (zoom in on x-ray imaging) for the button battery’s double-rim or halo-effect on AP radiograph and step-off on the lateral view. Beware that the step-off may not be discernible if the battery is unusually thin or if the lateral film is not precisely perpendicular to the plane of the battery.

If battery ingestion is suspected:

How to dose honey:

a)      Give 10 mL (2 teaspoons) of honey by mouth every 10 minutes for up to 6 doses. Do not worry about the exact dose or timing.
b)      Use commercial honey if available, rather than specialized or artisanal honey (to avoid inadvertent use of large amounts of honey           produced from potentially toxic flowers).
c)      Honey is NOT a substitute for immediate removal of a battery lodged in the esophagus. Honey slows the development of battery           injury but won’t stop it from occurring. Do not delay going to an ER to obtain or give honey.

Honey is administered to coat the battery and prevent local generation of hydroxide, thereby delaying alkaline burns to adjacent tissue. Efficacy is based on a 2018 study (Anfang et al) assessing the in vitro protective effects of various liquids in the cadaveric porcine esophagus and in vivo protective effects of honey and sucralfate (Carafate®) compared to saline irrigations of batteries placed in the esophagus of live piglets. Both honey and sucralfate (Carafate®) effectively prevented the expected battery-induced pH increase and decreased the depth of the resulting esophageal injury.